Detail in the dark

I have been doing something a little different this week, using markers to create illustrations of runs I have done.  This is inspired by a photograph which I digitally manipulated.  The digital photo had a lot of dark areas which showed no detail and I found this particularly interesting.  Although all the linos that I have been cutting have mostly been printed in bright coloured inks,  on looking at this study, I liked the feeling of a photograph negative. 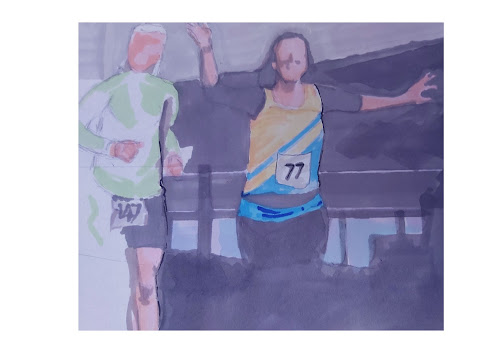 So from this I have started a new lino, I don't really want to include a lot of detail in this and I also want to keep the feeling of a negative, so have used a dark grey ink. 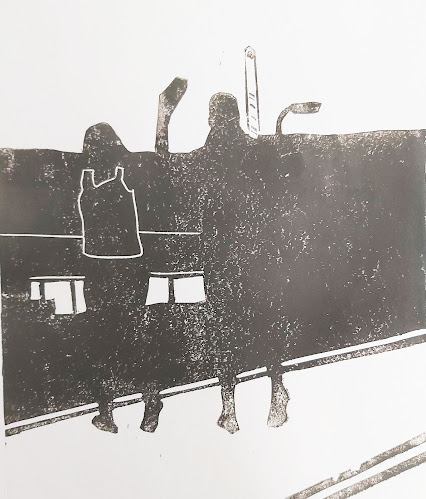 At this stage although I have done a further cut, I want to keep this as simple as possible, so I will be printing this regularly during cutting to see how much further I want to go without losing the initial idea and image.
Labels: final major project linocut printmaking running 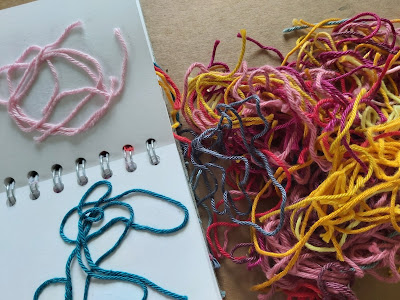 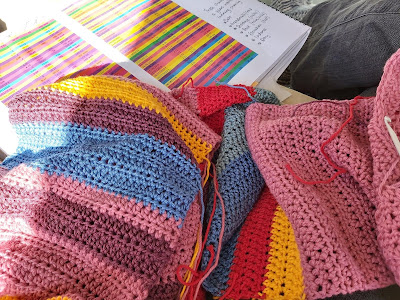 *
I have a first class honours degree in Design Studies and am currently studying a masters in Illustration. I am a printmaker, illustrator and textile-artist, but can be found at any given occasion.... painting, singing, crocheting, trying to speak German, sewing, baking.....

Small linocut for a gift, this time remembered to reverse the image �� #cwmyreglwys #designstudent #commission #linocut 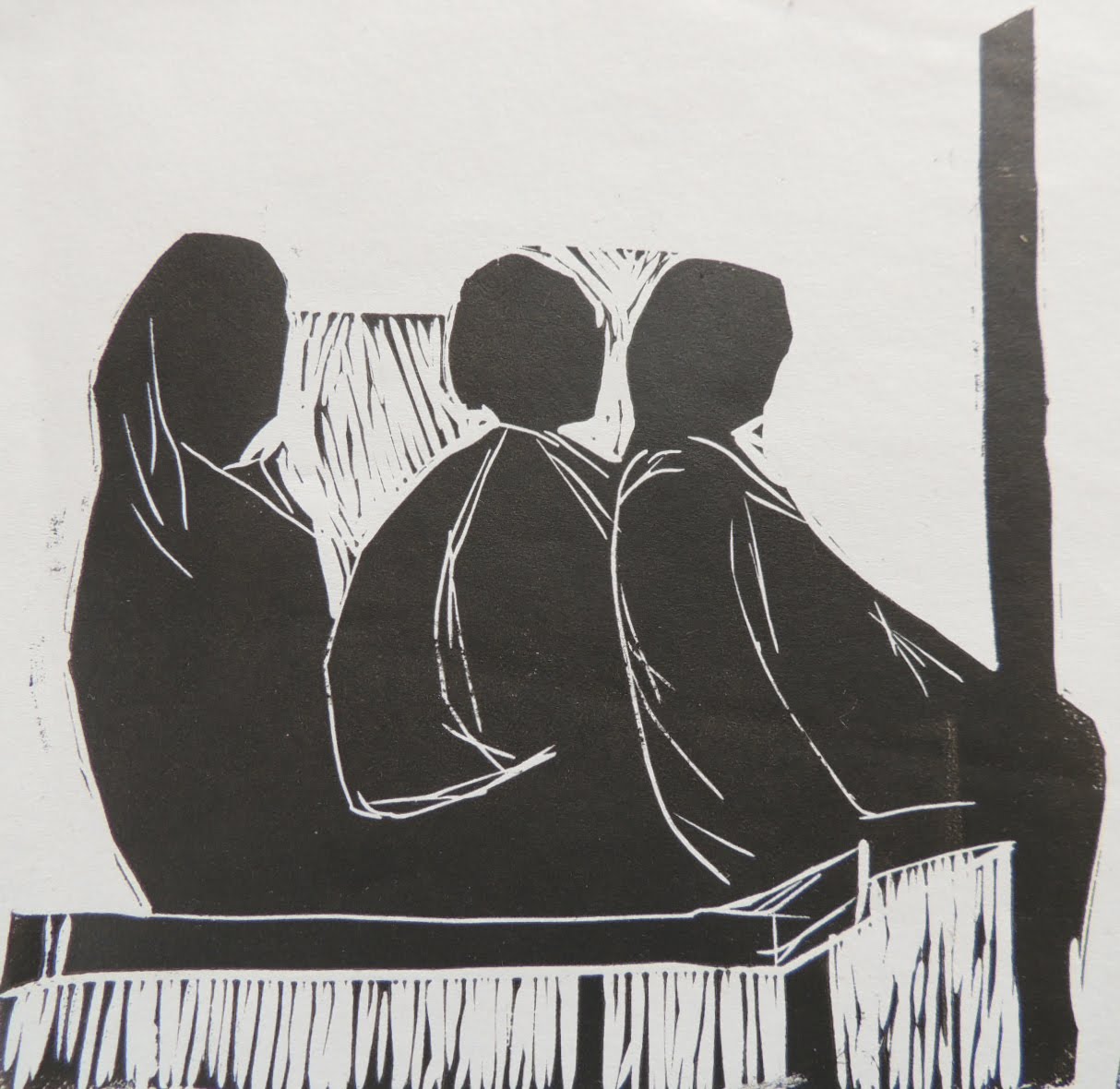